No. 23 York St. was purchased on 31 December 1947 by Kenneth Bowker to house his new Dental Practice, next door to Clitheroe Royal Grammar School where he had been a pupil in the 1930s. Mr. Bowker saw service in North Africa and the Middle East with the Army Dental Corps and returned to Clitheroe after demobilisation. He continued to take a keen interest in dentistry and the Practice until his death at the age of 95 in 2013.

For nearly thirty years Mr. Bowker practised with Frank Parrott as “Bowker and Parrott, Dental Surgeons” until Kenneth retired in 1988 and Frank in 1989. Their successors, Colin Aspinall and Martin Nolan, picked up the baton as “Aspinall and Nolan” and on Colin’s departure Catherine Cumpstey, having been an associate for six years, joined Martin in partnership. As “Cramond House Dental Practice” we have at last incorporated the long-standing name of the building.

We are now joined by a third dentist, Jennifer Spurrett, our two hygienists, Cathy and Sam, and nine full and part-time staff, several of whom have been with us for many years. We are still pleased to accept new patients to join many who have been with us for decades – clinical records for some are continuous from the early days.

Many dental materials and techniques have seen great changes during the history of our Practice but we hope that the friendly atmosphere and care and consideration to all our patients has remained constant. 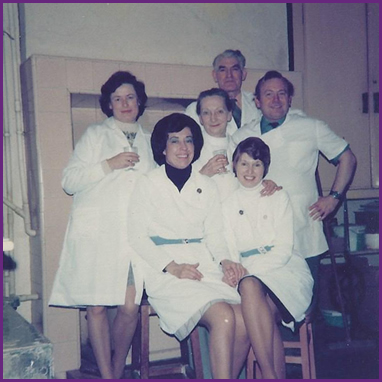